Have you ever been woken up by hearing a terrifying or strangely loud noise that seems to come out of nowhere?

However, when you ask somebody else or examine your surroundings there is no proof that the noise really occured.

If this has happened to you before, it could very well be that you have experienced an episode of exploding head syndrome.

The first account of this sleep disorder was recorded in 1920 by a scientist by the name of “Armstrong Jones”, who cataloged it as “snapping of the brain”.

When compared to the other sleep disorders, there is a limited amount of research into the causes of exploding head syndrome is. Yet, scientists are slowly beginning to understand this sleep disorder more.

In this post, you will learn more about exploding head syndrome, the symptoms, causes, treatment options and other interesting facts about this scary sounding sleep disorder.

Let us find out what makes a person hear an explosion inside of their own head.

What Is Exploding Head Syndrome?

Despite what the title might imply, a person’s head does not physically explode.

This sleep disorder involves a person hearing a loud noise such as a bomb exploding, a crashing sound, gunshot and many other types of loud noises. These noises are heard within a person’s head when they go to sleep at night.

This video helps capture the type of noise a person will hear:

There are some that also witness a bright flash of light in addition to the loud noises that they hear.

It can be alarming to many people especially if they do not understand what just happened. This may also cause confusion and concern.

In spite of the frightening or loud noise that you hear. This sleep disorder does not cause any physical pain or have any physical symptoms.

During 2014, several German researchers examined a number of cases and preceding research with some interesting discoveries such as:

In addition, their research has also yielded some extra results that include:

The dissimilarity in the results could be clarified by how the research was performed.

It may very well be that women experience the sleep disorder at a later time in their lives. Yet, when women and men are younger there is an equivalent number.

There Is No Physical Harm

Although the title exploding head syndrome sounds very striking. It is also at the same time very deceiving. The name alone brings up all sorts of terrifying images.

The truth is that sleep experts view this sleep disorder as harmless and is typically not affiliated with physical pain, yet can make others feel alarmed.

To know why this sleep disorder possesses a such a daunting title. We need to examine the symptoms.

There are a few potential symptoms that are typically accounted for. The symptoms can either happen when a person is going to sleep or waking up.

The primary symptom of exploding head syndrome is a hallucination of a loud unexpected noise. The noise can feel as though it is coming from either outside, somewhere inside of your home, or the interior of your own head.

The majority of people recount the noise as:

2) Feelings of being terrified, unsettled or worried

The majority of people do not typically announce that they feel pain when experiencing this sleep disorder.

They will possibly recount it as painful in the beginning, yet when it the pain is released it is nothing more than a very loud noise.

Nevertheless, the other symptoms and the unexpected noise can cause concern for many. So it is not too far out there that a person would wake up feeling terrified or unsettled by the event that just occured.

Some individuals have accounted that they have woke up with very fast or abnormal heart rate. In addition, they have also reported that it can be difficult to breathe properly.

4) Observing Light That Is Not There

This sleep disorder is occassionally accompanied with the perception of a bright flashing light. As the same with hearing unexpected noises. The light that you see is not caused by an external source.

Some individuals can potentially experience sleep paralysis with the sleep disorder ocassionally having the form of an “out of body experience”. The fact is some researchers have discovered that exploding head syndrome is more frequent in those who possess sleep paralysis.

During 1989, a researcher by the name of J.M Pearce coordinated a comprehensive study of 50 people who had exploding head syndrome. Pearce examined that the various types of symptoms that the people had experienced. You can learn more about Pearce’s study in this article.

The causes of this sleep disorder are still not fully grasped. However, there are a few theories that are suggested that can help explain the causes: 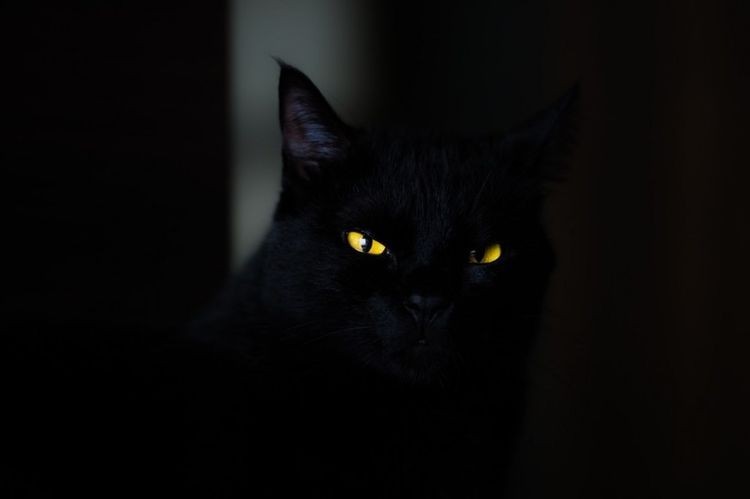 In the study, the researcher Pearce presumed that it would be more desirable to classify exploding head syndrome alongside other biological mechanisms that happen when a person goes to sleep. An example is hypnic jerks.

During 2010, two researchers by the names of Plazzi and Thorpi wrote that they presume exploding head syndrome is a variation of hypnic jerks. The researchers announced that:

“The EHS is a benign, usually self-limited, condition that is likely a sensory variant of the hypnic jerk. No testing or medications are necessary when the history is typical.

Education and reassurance are the cornerstones of therapy. If the symptoms occur multiple times a night and cause insomnia, a hypnotic may be useful.”

The treatment options for exploding head syndrome are numbered because the sleep disorder is currently viewed as physically innocuous.

Being aware of what is happening and know that you are not the only person who has this sleep disorder will help you out greatly.

With that thought in mind, this will encourage you enough to manage the sleep disorder at a later time in the future.

Nonetheless, if you feel concerned these treatment options are ones that you should consider:

1) Do not be concerned about going to sleep

It is imperative that you do not feel worried about going to sleep at night. Try your best to not feel concerned about whether something negative happening to you or the possibility that you will experience another episode of exploding head syndrome.

Anxiety and stress can raise the strength and frequency of certain sleep disorders. If you either endure anxiety or experience a lot of tension in the evening. The best thing to do is to discover methods to manage the issue at hand.

To help you feel calmer and more relaxed at night, I recommend that you read this article about relaxation techniques.

Not getting a sufficient amount of sleep, excessive tiredness, and a number of other lifestyle decisions can escalate the chances of disrupted sleep. I recommened that you follow a consistent sleep schedule and apply these excellent sleep habits.

Unfortunately, there are no medications that will outright cure exploding head syndrome.

In some severe cases, your physician can potentially prescribe other medication such as calcium channel blockers or tricylic anti-depressants such as clomipramine.

5) Consult Your Physician Or A Medical Professional

Communicate with your physician or a medical professional if you are worried about your symptoms. They will examine if you for other causes such as seizures or migraine disorders.

They will most likely inform you that this sleep disorder is benign.

It will be useful to keep a record of what occured, what types of foods/drinks that you had, any activities that you participated in, and how you felt/your mood during that time.

You can relay this information to your physician and they will consider all factors accordingly.

Hearing a bomb or other loud noise in your head during the night is strange indeed. This was a sleep disorder that I never knew existed and one that prompted some curious research.

Have you ever heard any strange loud noises when you go to sleep at night?

Were there any interesting things that you have experienced during an episode?

Please share your experience or opinions below in the comments section.

What Are Hypnic Jerks? – Reasons Why You Twitch At Night

I am Kenny Tang. The creator and author of Curing Insomnia Center. Insomnia is a sleep disorder that I have experienced before, so I know what a lack of sleep feels like.

My goals are to you help you understand the various topics of sleep, to share practical advice that will help you sleep better, to provide detailed reviews of sleep products and to encourage you to share your experiences.

What Are Hypnic Jerks? – Reasons Why You Twitch At Night

The complete disclosure can be found in the Affiliate Disclosures page.

This site uses functional cookies and external scripts to improve your experience.

NOTE: These settings will only apply to the browser and device you are currently using.